The European Union’s (EU) goal to limit CO emissions has been increasingly affecting the logistics industry. As a result, “Scania’s” engineers have designed a truck fuelled by compressed natural gas (CNG) which according to different calculations will be much more environmentally-friendly than currently used diesel power trucks.

Baltic Logistic Solutions, UAB decided to try this gas-powered truck and assess its benefits and drawbacks. As Mr. K. Tautkevičius, head of transport for the Baltics, put it, the decision to test a gas-powered truck was made for the reason that with the requirements for CO emissions toughening in the EU diesel trucks and their maintenance have become increasingly expensive. For this reason, the company wants to find out what the costs of alternative technology are. So far, electric trucks have existed in theory rather than in practice, meanwhile, in cooperation with Scania, we have an opportunity to test a gas-powered truck. Still, it seems expensive, it requires more frequent inspections and they are more costly; on the other hand, it is more environmentally-friendly; besides, gas is cheaper than diesel fuel. According to theoretical estimations, it could be from 5 to 10% cheaper than a diesel-powered truck; however, there is no appropriate infrastructure and maintenance costs are not completely clear which dampens enthusiasm about investing in gas-powered vehicles.

According to the company’s representatives, the testing of the truck will take 6 weeks. This timeframe is required to test the new vehicle under maximum loads; for this reason, two drivers will be driving it all day long for 6 days in a row. In 6 weeks, the vehicle will run the route Kaunas–Riga–Kaunas and Kaunas–Panevėžys–Kaunas which is more than 18,000 kilometres long. After the testing, benefits and drawbacks of the truck will, hopefully, be revealed. After sufficient information is collected, assessment will be possible of conditions in which the fleet could be renewed by replacing diesel powered vehicles with the new gas-powered ones.

In addition to the testing of this new product, Baltic Logistic Solutions, UAB has been currently replacing 56 goods vehicles in the Baltic countries. As Mr K. Tautkevičius put it, the replacement is aimed at using the fleet of vehicles in a more efficient way, at avoiding unscheduled outage (which is increasingly difficult with an old vehicle fleet) as well as at meeting the demand of customers for quality services. Newer cooling machinery is more powerful, for this reason, it will help maintain the required goods transportation temperature under extreme conditions. 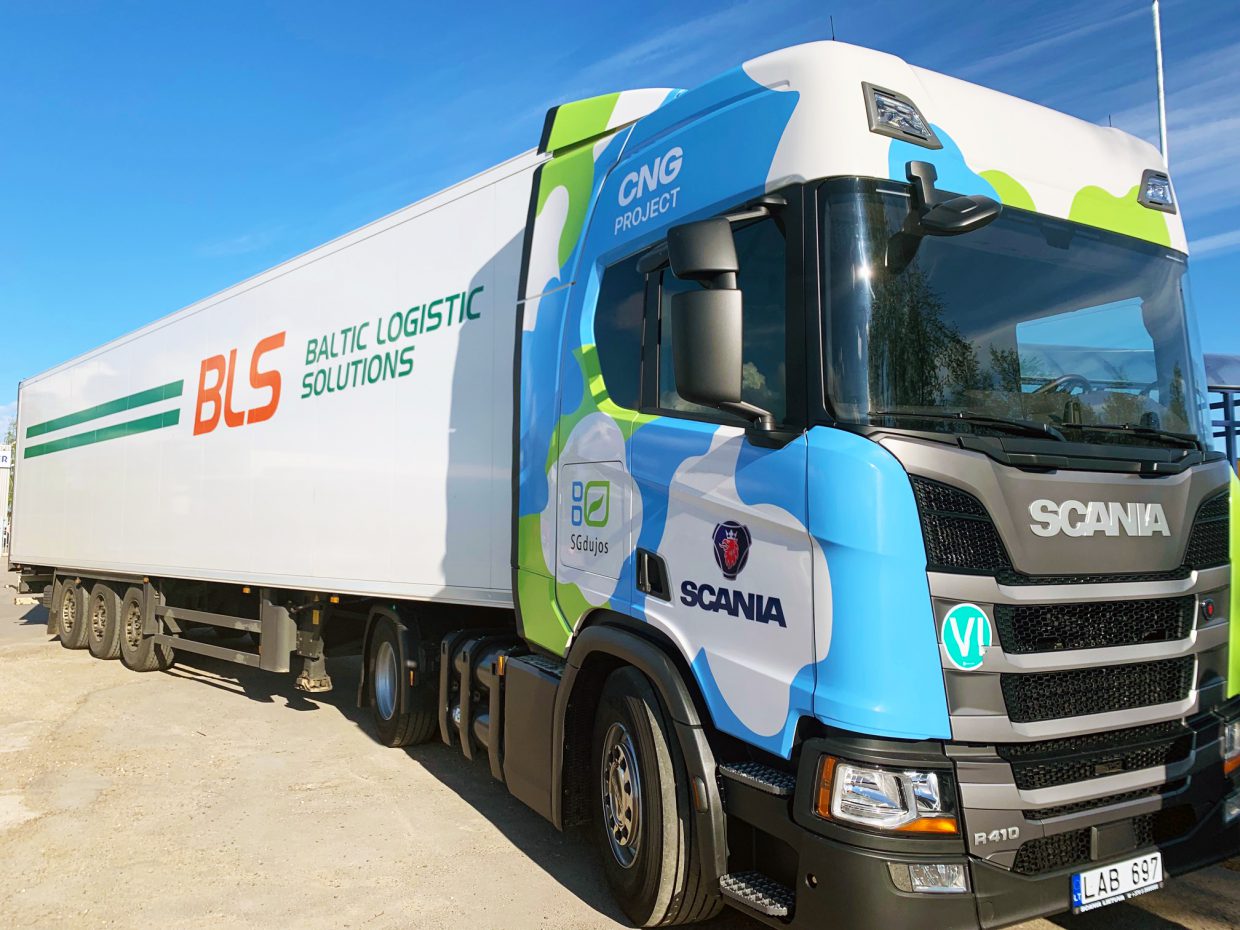 Contact us and we will offer the best solution for your business.